Few Olympians have made the transition from athlete to coach as smoothly as Tim Foster. After achieving his goal of winning a gold medal as part of the never to be forgotten Coxless Four at the Sydney Olympics in 2000, Tim retired from international rowing and transferred straight into coaching. 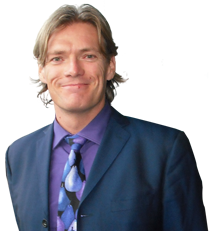 During his rowing career with the GB team, Tim Foster won a total of 9 World Championship and 2 Olympic medals - only twice in 14 years failing to medal. In 2004 he joined the UK Sport-sponsored Elite Coach Programme. In 2007, he became the Head Coach of the Swiss National Rowing Team, which he coached to the World and European Championships, ultimately aiming for the London Olympics 2012, to their most successful results for 16 years. He has coached World and Olympic Champions.

The quintessential Olympic champion and 5 times Olympian, Tim is a great motivator and using the lessons he learned on the way to achieving his Olympic gold medal as well as now leading the programme, he shows audiences how to achieve their own goals and sets them on the path to winning ways both on a professional and personal basis.

Tim is a popular and amicable speaker with a relaxed yet confident presenting style. He uses a great mix of anecdotes and humorous stories to entertain, inspire, and motivate audiences around the world.

How to book Tim Foster MBE?