CEO of the Allen Institute for Artificial Intelligence

Dr. Oren Etzioni is Chief Executive Officer of the Allen Institute for Artificial Intelligence. The goal of Oren's research is to solve fundamental problems in AI, particularly the automatic learning of knowledge from text.

"We have an obligation to figure out how to help people cope with the rapidly changing nature of technology." 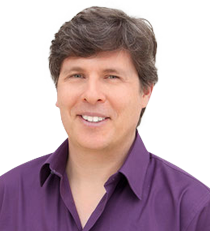 Dr. Etzioni has been a Professor at the University of Washington's Computer Science department since 1991, receiving several awards including GeekWire's Hire of the Year (2014), Seattle's Geek of the Year (2013), the Robert Engelmore Memorial Award (2007), the IJCAI Distinguished Paper Award (2005), AAAI Fellow (2003), and a National Young Investigator Award (1993). He was also the founder or co-founder of several companies including Farecast (sold to Microsoft in 2008) and Decide (sold to eBay in 2013), and the author of over 100 technical papers that have garnered over 25,000 citations. Oren received his Ph.D. from Carnegie Mellon University in 1991, and his B.A. from Harvard in 1986.

Oren Etzioni offers his perspective on the future of AI, based on cutting-edge research at the Allen Institute for AI on projects such as Aristo and Semantic Scholar. This future reflects the institute's mission: AI for the common good.

Oren Etzioni's fascinating hi-tech presentations and demonstrations are universally admired and enjoyed, furthering his reputation as an important contributor to modern-day devices, systems and solutions.

How to book Dr. Oren Etzioni?