Chris Valasek is Principal Autonomous Vehicle Security Architect at Cruise Automation and former Security Lead at Uber's Advanced Technology Center (ATC) in Pittsburgh. He made worldwide headlines for his remote hack of the 2014 Jeep Cherokee where he obtained physical control of the vehicle.

"I'm a professional breaker - someone who breaks things for a living" 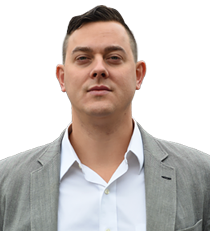 Chris' research and expertise is not only limited to the automotive industry, even though Chris was one of the first researchers to publicly discuss automotive security issues in detail. His release of a library to physically control vehicles through the CAN (Controller Area Network) bus garnered worldwide media attention. He specialises in offensive research methodologies with a focus on reverse engineering and exploitation. Chris has a B.S. in Computer Science from the University of Pittsburgh and is the chairman of SummerCon, America's longest running hacker conference. He was previously at IOActive, the security firm where he had served as director of vehicle security research.

A popular speaker on security flaws in various technologies and devices, and solutions for preventing and alleviating such critical issues, he has presented at such preeminent cyber security conferences around the world, including BlackHat USA, DEFCON and Infiltrate, as well as TEDx.

Highly regarded for his work in the automotive security arena, Chris captivates audiences as he reveals how various technologies can easily be hacked and strategies for improving the security of our devices.